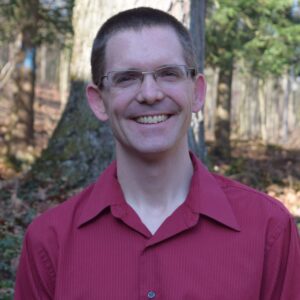 SEDA-Council of Governments (SEDA-COG) is pleased to announce that Steve Herman, an 18-year staffer, is the new director of its Transportation Planning program.

Throughout Herman’s career, he’s been especially proud to play a part in advancing the Central Susquehanna Valley Transportation (CSVT) Project – an over $800 million project that will improve safety, relieve congestion, and accommodate growth in the region – and in preparing the eight-county MPO region’s Transportation Improvement Program (TIP) that regularly invests more than $100 million per year for key transportation upgrades. He has provided local governments with technical assistance in preparing funding applications and implementing their proposals, as well as coordinated the PennDOT Local Technical Assistance Program (LTAP) training and technical assistance offerings for SEDA-COG region municipalities. In addition, Herman has served or been appointed to several statewide work groups and advisory committees that evaluate plans, programs, and trends. He is a member of the American Institute of Certified Planners (AICP).

Herman’s major goals as director include sustaining the vital working relationship SEDA-COG has developed with both the public and local governments. “I want to maintain and build on the excellence of our transportation planning program in helping to ensure our region is as safe, strong, and vibrant as it can be. I would like to continue and boost our internal and external collaboration to leverage available resources and support greater implementation of priority plans and projects. I want to engage in multidisciplinary planning and actively listen to the needs and ideas of planners, transportation industry experts, local governments, business leaders, non-profit organizations, and the general public,” Herman said.

SEDA-COG Executive Director Kim Wheeler said Herman has all the qualities one could look for in a successful leader. “Steve brings with him into this role 20 years of invaluable experience. He has spent his entire career dedicated to making our region a better place to live, work, and travel upon. He has the vision and the initiative to continue to advance our region’s transportation system and options in a way that is both proactive and in response to the growing needs and interests of today’s users. I look forward to working with Steve in this new capacity,” Wheeler said.

He earned his Bachelor of Arts Degree in Geography and Environmental Planning from Bloomsburg University in 2002. Herman stressed the role that transportation plays in the overall success of the SEDA-COG area.
“Transportation is essential to our region’s economic competitiveness, accessibility to goods and services, and overall quality of life. Our residents must be able to reliably and safely travel to their jobs, medical care, schools, shopping destinations, entertainment venues, recreation amenities, and more. I enjoy being part of the process to make sure our transportation system is well-maintained, that it is cohesive, and that it functions well for all people,” Herman said.

Through SEDA-COG, counties and municipalities in Central Pennsylvania have a voice in the state’s transportation plans. Working together with SEDA-COG, local government, the business community, and non-profit organizations establish the region’s transportation priorities. Those priorities are detailed in the TIP, updated by SEDA-COG every two years and often amended. There are numerous opportunities for public participation in developing the TIP, including its periodic review by SEDA-COG’s MPO. The TIP encompasses the first four years of the Commonwealth’s Twelve-Year Transportation Program.

As a community and economic development agency, SEDA-COG enhances the quality of life and economic advantage for residents and businesses in 11 central Pennsylvania counties through its vital partnerships and initiatives. SEDA-COG also is an advocate for the interests of its communities at the state and federal levels.