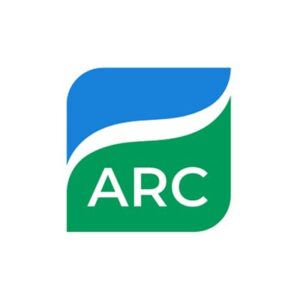 The Walnut Street Culvert Stormwater Mitigation Project in the Town of Bloomsburg was recently awarded $60,000 from the Appalachian Regional Commission (ARC).

In December of 2019, the SEDA-COG Joint Rail Authority and a group of stakeholders from Columbia County began a process to evaluate ongoing stormwater and flooding issues along the State Route 11 corridor from Bloomsburg to Lime Ridge. The triggering point for this study was significant damage to major industries, commercial development, municipal infrastructure, and private property caused by intense flooding in 2018.

McTish, Kunkel and Associates was chosen as the engineering consultant to perform this study with the primary goal of identifying specific projects that could help to alleviate stormwater damage could threaten the viability of businesses located within flood prone areas. Stakeholders were clear in their guidance that they did not desire another study to put on a shelf. They wanted an actionable plan and tangible solutions to problems that have been on-going for decades.

As Kinney Run enters the Town of Bloomsburg, it first flows through a 48” culvert under Walnut Street then makes a sharp turn to the south and flows under Old Berwick Road via a 3.5’ high by 12’ wide box culvert. After a short distance, the stream makes a 90-degree bend to the west.  At this location, an overflow weir has been constructed. Once flows reach a high enough level that they overtop the weir, water is diverted south through a vegetated channel and then under the airport runway to the Susquehanna River through an 84” culvert. This diversion system was constructed following the 1972 Hurricane Agnes flood event.

It has become apparent over recent years that the culvert under Walnut Street needed to be replaced a with a new, larger culvert.

SEDA-COG’s Betsy Lockwood, Director of Project Development and Grants, submitted the ARC application for the culvert on behalf of the Town and Columbia County. Regarding the project, Lockwood said, “I am thrilled to start seeing projects develop from the original study. There were quite a few urgently needed projects identified, and I look forward to seeing what else we can accomplish from that list.”

The Appalachian Region Commission (ARC) is an economic development partnership agency of the federal government and 13 state governments including Pennsylvania.  PA’s Department of Community and Economic Development (DCED) partners with ARC to identify and support projects that will build community capacity and strengthen economic growth in the Appalachian counties of Pennsylvania to reach socioeconomic parity with the nation.

SEDA-COG is a community and economic development agency in Lewisburg and is one of seven Local Development Districts in Pennsylvania. SEDA-COG enhances the quality of life and economic advantage for residents and businesses in the 11 central Pennsylvania counties through its vital partnerships and initiatives.