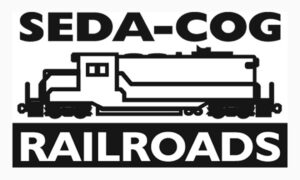 On Oct. 1, 2020, the Pennsylvania Supreme Court issued a decision in the litigation involving the SEDA-COG Joint Rail Authority’s Request for Proposals process for a new operating agreement. In the decision, the Court determined that the Authority’s July 2015 7-3 vote was a passing vote, which effectively awarded the new operating agreement to Carload Express, Inc. Six board members had abstained from the vote to avoid any appearance of bias in the process but were physically present in the meeting room. The Court’s decision clarifies the voting standard required of municipal authorities within this Commonwealth under the Municipality Authorities Act.  While the statute literally states that action may be taken by the vote of a majority of the “members present,” the Court held that pre-1937 common law requires that only those members actually voting be treated as “present.”

In light of this decision, the Joint Rail Authority recognizes that the July 8, 2015 vote awarded the operating agreement to Carload Express. The Authority does, however, also recognize that Phase 2 proposer and current rail operator, Susquehanna Union Railroad Company (“SURC”), has asserted counterclaims addressed to the alleged conduct of certain former Authority board members, and SURC has taken the position that those issues remain pending before the Clinton County Court of Common Pleas despite the Supreme Court’s resolution of the voting standard issue.  The Authority is hopeful that the Trial Court will swiftly consider these issues, as the matter is remanded back to it.

Irrespective of how SURC’s counterclaims are resolved, customers on the Authority’s rail lines should remain assured that uninterrupted rail service shall continue, as will the Authority’s mission of encouraging economic development, while preserving rail infrastructure throughout central Pennsylvania.