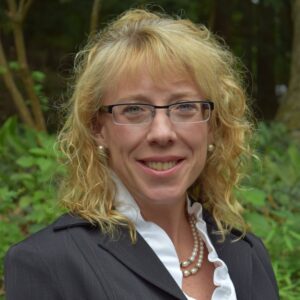 Kim Wheeler has been the executive director of SEDA-Council of Governments (SEDA-COG), since January 2021. However, she is a SEDA-COG veteran, having worked at the agency from 2003 to 2007 as senior planner with the former Community Resource Center where she was in charge of rural and urban planning projects and initiatives.

She joined SEDA-COG with expertise in the local and state government arenas, as well as in urban and regional planning, strategic planning, and local government policy development. Her tenure in central Pennsylvania has been characterized by public-private partnership-building, developing innovative initiatives, providing local government leadership, and helping communities craft plans that lead to impactful results for the long term.

Prior to returning to SEDA-COG, she spent time working at every level of government in PA. Immediately prior to this post, she was the special projects coordinator and grants manager at the Borough of Lewisburg. She was the deputy director of planning at the County of Lycoming from 2014 to 2019, along with working there for two prior years. From 2007 to 2012, she was the local government policy specialist and north-central region community planner for the state Department of Community and Economic Development (DCED).

Kim earned her Master of Regional Planning from Cornell University in Ithaca, New York, and her Bachelor of Landscape Architecture from SUNY College of Environmental Science and Forestry in Syracuse, New York. She earned her planning certification from the American Institute of Certified Planners (AICP) in 2007.