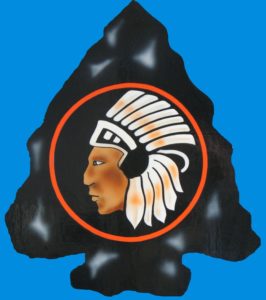 The plan, also known as the GoShamokin! Plan, responds to Shamokin’s community-driven desire to proactively reinvent itself, and was created in partnership with the city and SEDA-Council of Governments (SEDA-COG).

Shamokin Mayor John Brown said the plan is central to the city moving into revitalization and thanked the parties involved.

“On behalf of the city, we are so appreciative to the collaborative effort of SEDA-COG, especially their Revitalization Coordinator Betsy Kramer, and the business community and SABER for putting together a plan to move Shamokin into a new era of revitalization,” Brown said.

After extensive community research, the plan focuses on the core of downtown, including the blocks of Independence Street between Market and Shamokin streets. At the center of the plan is creating successful places in the city as the building blocks of revitalizing the city. It lists ways to stimulate building rehabilitation and business expansion through public-private partnerships and resources.

Following are the plan’s key recommendations:

The plan also includes next steps.

Council’s plan adoption means they agree that a strategic approach to revitalization will best serve the community. Council will need to approve the plan’s individual steps, such as for grant applications. The plan is a living document that will evolve and change as needed, along with funding strategies.

In 2019, SEDA-COG created a partnership with Shamokin and SABER to guide the city into a revitalization revolution.

Betsy Kramer, SEDA-COG revitalization coordinator, was the point of contact for the plan and created the Request for Proposals. After receiving six proposals and conducting three interviews, Stromberg Garrigan & Associates (SGA) was the winning consultant and created the plan. Conducting the interviews were Kathy Vetovich, president of Shamokin Area Businesses for Economic Revitalization (SABER); Kathy Jeremiah, who was executive director of Faith Alliance for Revitalization (FAR) at the time; and Christine Jacoby, district constituent outreach specialist to state Rep. Kurt Masser.

“This is an exciting time for the city with momentum building toward Shamokin’s revitalization revolution. Mayor John Brown, city council, Shamokin businesses, and all our partners have incredible vision for making Shamokin the best it can be. We are honored to guide that momentum into one concerted effort,” Kramer said.

“Before SEDA-COG got involved in Shamokin, we were all over the board. We didn’t know how to pull it off, how to get the resources we need to truly revitalize Shamokin. The support SEDA-COG has offered has been game changing,” Vetovich said.

To view the plan, visit www.goshamokin.com.