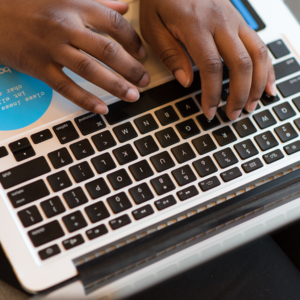 High-speed internet is coming to the Snow Shoe Township area in Centre County, thanks to a $108,125 grant awarded to SEDA-Council of Governments (SEDA-COG) and its partnership with Centre County Government.

SEDA-COG will match the U.S. Appalachian Regional Commission (ARC) POWER grant with the same amount, offering a $210,000 grant to incentivize internet service providers to provide high-speed internet in the area.

The project will provide 100/100 symmetrical internet speeds for area businesses and 50/10 for homes.

The Centre County Commissioners previously adopted a countywide comprehensive plan which included background studies, inventories of existing conditions, goals, and recommendations for high-speed internet needs. This laid the foundation for SEDA-COG to partner with the Commissioners to further identify the area in and around Snow Shoe Township as underserved with high-speed internet.

The project builds on other high-speed internet expansion efforts by SEDA-COG and its member counties including Clinton, Juniata, Lycoming, Mifflin, Northumberland, Perry, and Union.

“This public-private partnership model that we’re using in more and more of our member counties is a tremendous breakthrough to reach those who need high-speed internet service the most,” Fisher said. “It incentivizes internet service providers to reach where they previously couldn’t afford to.”

Fisher thanked the region’s legislators who helped secure the grant funds and Centre County Government for their leadership on the project.

“We thank our state and federal legislative delegation, including U.S. Reps. Dan Meuser and Fred Keller, and Glenn Thompson for their support of these investments in our community, and we are appreciative to Centre County Government for their dedication to this project,” Fisher said. “This is an effort that is a total partnership and it’s a true testament to how our agency works because of our partners.”

The grant is part of a statewide $1.2 million ARC broadband grant award to the seven Local Development Districts (LDDs) that serve 52 of Pennsylvania’s counties. The LDDs are organizations through which member counties share information, address common concerns, and develop regional responses to critical issues. SEDA-COG is one of the seven LDDs and serves 11 central Pennsylvania counties.